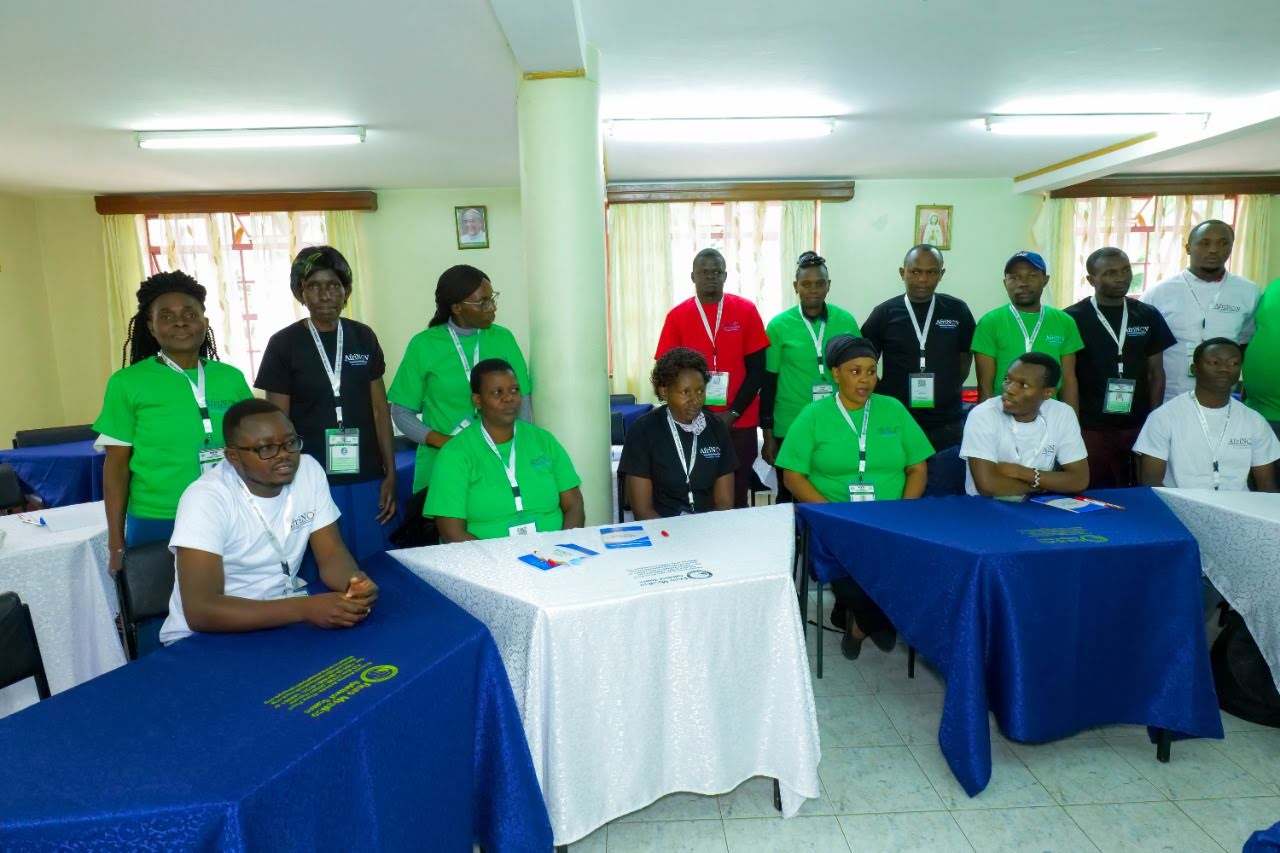 by AfriNovPosted on January 13, 2023January 17, 2023
Posted in Peacebuilding and Nonviolence Action

Special report on International Peace Day 2022 from Benard Agona, Peace-Builder and Executive Director of AfriNov (Africa Center for
Nonviolence & Sustainable Impact) in Kenya about their peace and justice work before, during, and after the August 2022 elections.

Since 1992, Kenyan general elections have been accompanied by mass violence causing tribal animosity and many other social injustices. The worst being the 2007/08 post-election violence that saw more than 1000 people killed and thousands displaced.

From 2012, AfriNov have contributed to civil society efforts to prevent violence before, during, and after elections. This sits alongside our long term work for peace and justice.

What follows is a brief account of our contribution to ensuring peaceful elections in August 2022.

Civic education is one of the most used strategies by civil society organizations to inform citizens. Citizen education is entrenched in the constitution of Kenya 2010.From 2012, AfriNov has organized impartial civic engagement forums to offer fair and balanced information to help minimize potential election violence. Our programme helps communities make informed decisions on who to vote for and to
reflect on what good governance looks like.

With goal of seeing a peaceful, free and fair general election in August 2022, AfriNov started intensive civic education engagement from early 2021 by reaching out to key and influential people. This included opinion leaders, youth leaders, women leaders,the clergy, teachers, and more. Our goal was to ensure that citizens make informed decisions at the general election and to counter potential manipulation by politicians to engage in violence. We equipped local leaders with knowledge about the importance of citizen participation before, during and after the elections. These key local leaders then shared this news with grassroots citizens.

We also organized mass civic education. Our community resource people (a network of volunteers already trained by us in nonviolence and peace-building) engaged people through church/faith-based gatherings and other public gatherings. We also partnered with local radio and TV stations and participated in radio/TV talk shows,encouraging citizens to stand up and exercise their civic right of decision making,
whilst also responding to their questions of concern.

In Nairobi, our youth groups (already trained by us in nonviolence) used their artistic talents to paint, draw and write messages that communicated the importance of participating in decision making and remaining peaceful over the election period. They did this on walls and any available public surface.

We also used social media to convey peace messages. WhatsApp groups allowed us to coordinate and update peace actors across our country on any incidences that could trigger violence. Through Facebook we shared success stories of action groups were taking to reduce tension as well as examples of empowering citizens for informed decisions.

During every election year in Kenya, some people leave their neighborhoods for fear of threats of being evicted because of political affiliations. AfriNov organized and moderated community inter-ethnic dialogues bringing together community members and leaders for open conversations aimed at bridging any gaps that could result in violence. This was done in areas we identified as potential violence hot spots.

AfriNov also continued to support community groups engaging in nonviolent campaigns against election malpractice and other form of injustices that could lead to election violence or cause tension in the country. With Turning the Tide nonviolence skills and knowledge, groups were able to organize street peace walks,write and present petitions to relevant authorities, engage with local leadership and
police to register their concerns, and offer suggestions on how to handle issues nonviolently for a peaceful election.

The famous ‘boda boda’ groups (motor bike transporters), having been trained in the Turning the Tide approaches, made a pledge to never be used by politicians to cause violence. In previous elections, politicians had bribed boda boda riders to disrupt the political rallies of their opponents which resulted in violence. This year,boda boda riders conducted several street peace rallies and rides encouraging
people to remain peaceful.

To ensure a credible election, AfriNov applied for accreditation to deploy election observers in selected polling stations. We recruited and prepared 69 people to participate in observing the general election held on 9 August 2022. This increased the confidence of citizens that the election was free and fair and also identified any gaps and challenges. It was good to see that most polling stations conducted
peaceful elections, free of any election malpractices.

What stands out in this year’s general election is the level of calmness witnessed before, during, and after the elections. When the Presidential election was disputed and taken to the Supreme Court people remained peaceful, even in areas believed to be hot spots. When the Supreme Court made a ruling, peace loving Kenyans held their breath. Though the aggrieved party was not happy with the ruling they accepted the verdict and requested their supporters to remain calm.At the grassroots Kenyans were seen busy getting on with their work, a clear indication that the peace campaigns done by the many peace actors were successful. And beyond the election, our work with communities to address ongoing injustice and violence using active nonviolence continues.

Posted in Peacebuilding and Nonviolence Action
by AfriNovPosted on January 5, 2022March 11, 2022
By Beatrice Atieno Communities in informal settlements in Kenya suffer from the lack of basic…